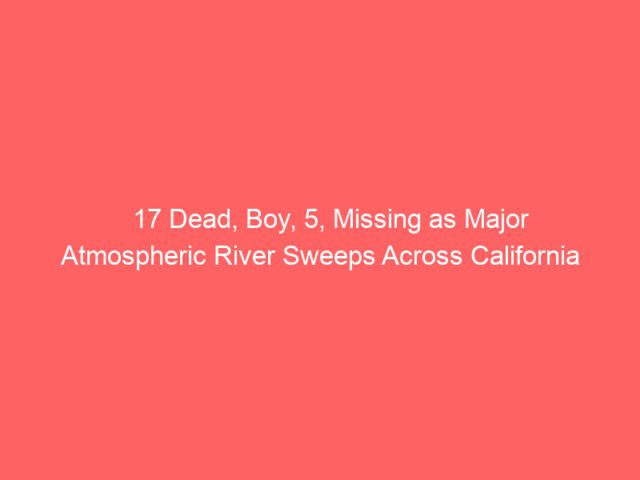 A major atmospheric river that struck California has destroyed homes and killed 17 people, while a five-year-old boy is missing, according to officials.

Monday’s adverse storm was the latest in a string of storms that began in December. This has led to evacuation orders and school closes due to flash flooding, strong winds and mudslides.

According to the National Weather Service (NWS), nearly all of California has received rainfall totals 400 percent to 600 percent above average in the past several weeks.

California Gov. Gavin Newsom said On Tuesday, 17 people were confirmed dead in the latest storms. However, officials anticipate that this number will rise in the days ahead.

Elsewhere, Newsom stated that a five-year-old boy is missing after being swept away in floodwaters near Paso Robles in central coastal California on Monday.

Authorities, including air and water rescue teams, were forced to call off a search for the boy on Monday due to extreme weather conditions, according to the New York Post. They have since resumed their search. Officials have so far only located a shoe that belongs to the…