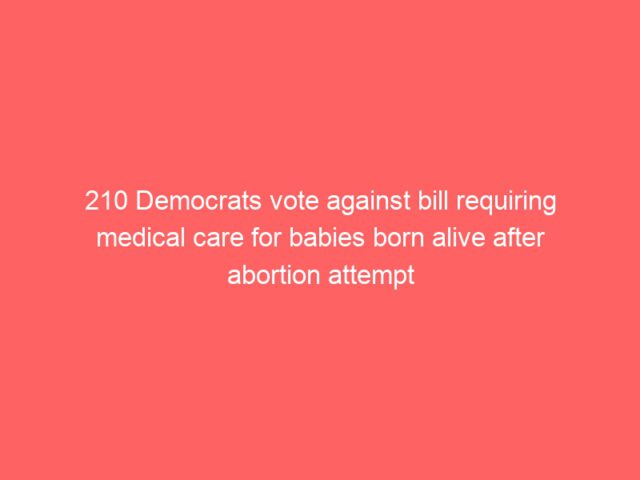 On Wednesday, nearly every Democrat in the House voted against legislation requiring immediate medical attention for babies born alive following an attempt to abort them.

The Born-Alive Abortion Survivors Protection Act passed the House. This law makes any infant born alive after an attempted abortion a “legal person” for all purposes. These infants would require doctors to care for them as any “reasonably diligent, conscientious health care provider would render to any other child alive.”

The bill passed 220-210. All 210 “no” votes were from Democrats. Only one Democrat voted for the bill — Rep. Henry Cuellar of Texas — and one other Democrat, Rep. Vicente Gonzalez of Texas, voted “present.”

After ensuring that the infants are receiving adequate care, doctors will be required to admit them to a hospital. This standard can be broken and could result in fines or imprisonment of up to five years or both.

Republicans argued on the floor that comments from Virginia’s former Democratic Gov. Ralph Northam’s comments are an example of why it is important to clarify the law to ensure that newborn babies who survive abortions are protected. Northam was speaking…