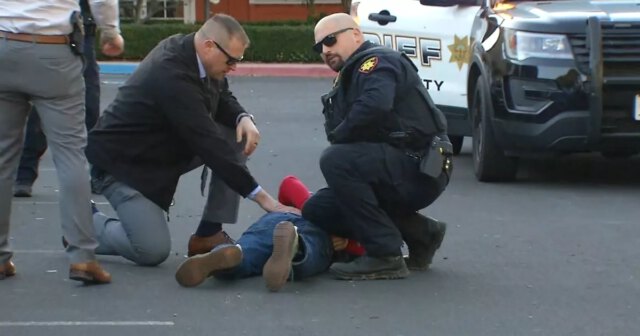 In less than 48 hours, 11 people were killed by a mass shooting in Southern California. Seven others were also injured in shootings that took place in Half Moon Bay just south of San Francisco.

Monday afternoon’s shootings occurred at Mountain Mushroom Farm and Rice Trucking, according to ABC Bay Area’s Stephanie Sierra. A 911 call was made at 2:20 PM Pacific Time. First responders arrived to find the shooter had fled the scene. Sierra also reported that, in addition to seven people who were killed, another one was critically injured.

7 people are dead and 1 is seriously injured. Zhao Chunli (67 years old) is a suspect in custody. He worked at one the farms. We’re told the victims killed were also farm workers who worked on the farm. #abc7now

Zhao Chunli (67 years old) is currently in custody. ABC Bay Area had video of the arrest.

Half Moon Bay shooting suspect in custody Here’s the intense moment it happened – caught on video by our @abc7newsbayarea Camera pic.twitter.com/1ZGcLh8Byz

Further reports are available at the outlet:

ABC7 News was told by a source that the suspect was employed at one of the mushroom farms and that all victims were coworkers.

Hunter Biden, Man of All the Ages

One Of Most Sacred Sites For Jews & Christians To Be Fully Opened To...