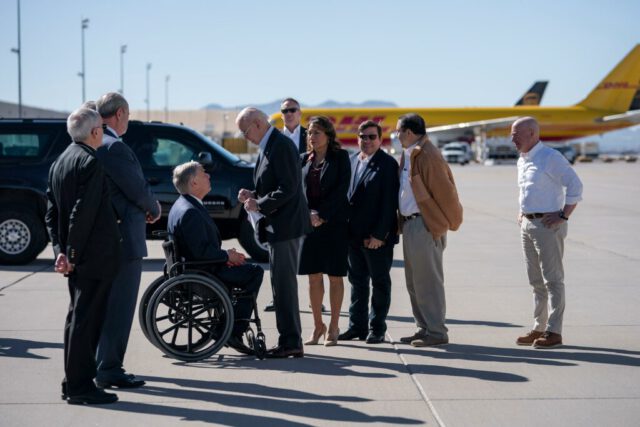 On Sunday, Governor. Gregg Abbott, R.Texas, gave Biden a scorching, written demand to secure the border. Biden’s visit to the Lone Star State marks his first appearance at the border as president.

According to a press release from Abbott, he met Biden Sunday on the El Paso International Airport tarmac and gave him a letter containing specific actions that he must take in order to regain control over the southern border.

Ivanka Trump has no plans to get back in politics

“Your visit to our southern border with Mexico today is $20 billion too little and two years too late,” the letter stated before condemning Biden’s nonchalant attitude towards the chaos brewing at the border. “This chaos is the direct result of your failure to enforce the immigration laws that Congress enacted.”

On the other hand, Abbott praised President Donald Trump, writing that the government was able to achieve “historically low levels of illegal…

Melbourne shrank while Queensland grew: what the pandemic did to Australia’s population | Australia...

California city will send $100 to all adults, even non-US citizens, in taxpayer funds...