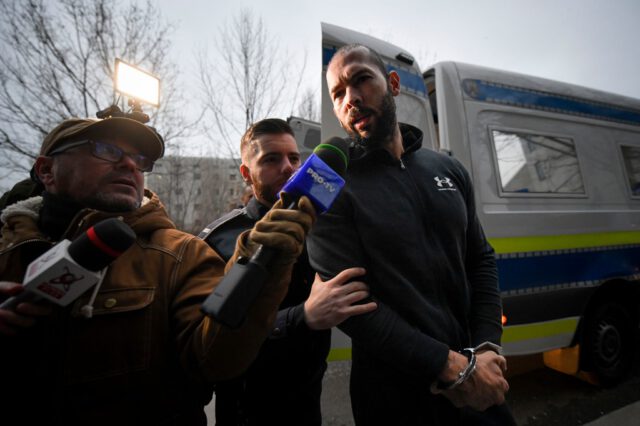 Controversial influencer Andrew Tate, who is jailed in Romania on sex trafficking and rape allegations, blasted the criminal case that prosecutors are building against him Wednesday — claiming their case file on him was “empty.”

“They know we have done nothing wrong,” Tate told reporters as he was escorted by law enforcement from a police van to the offices of DIICOT, Romania’s Directorate for Investigating Organized Crime and Terrorism.

“This file is completely empty. Of course, it’s unjust, there is no justice in Romania unfortunately,” he continued.

When asked if he has hurt women, the self-proclaimed misogynist replied: “Of course not.”

Be True to Your Inner Fursona

Prosecutors were conducting forensic searches on digital devices Wednesday in an effort to find more evidence.

Tate, 36, and his brother Tristan, 34, were arrested in Bucharest along with two Romanian women on Dec. 29 on allegations of rape and forming a criminal ring that exploited women to create pornographic material.

CBS News Quits Twitter. . . . Only for a Few Hours