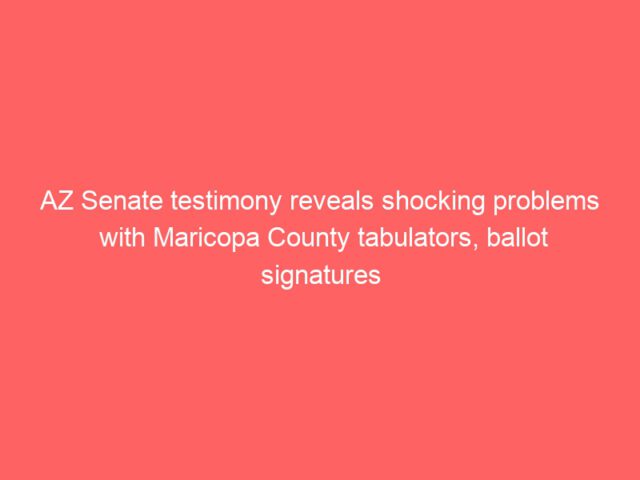 If America thought things couldn’t get much worse in the election aftermath in Arizona, they would have been dead wrong. A bombshell presentation to the Arizona Senate Committee on Elections by Senator Wendy Rogers (Republican from Arizona) has revealed some shocking problems in the 2022 midterm elections.

Shelby Busch, We the People AZ Alliance Chair presented information on tabulator problems in the county during Election Day.

Regarding ballots that were misread or rescanned multiple times, Busch said that the tabulators failed “at 235 times the Election Assistance Commission’s regulated failure rates.”

These findings are closely tied to GOP gubernatorial candidate Kari Lake’s election lawsuit against Maricopa County election officials and her Democrat opponent, Katie Hobbs. Lake has launched a passionate appeal to contest the legitimacy and results of the Grand Canyon State’s 2022 gubernatorial race.

Long-time Republican: Vote for Joe Biden in 2020 because Trump Does Not Embody Any...