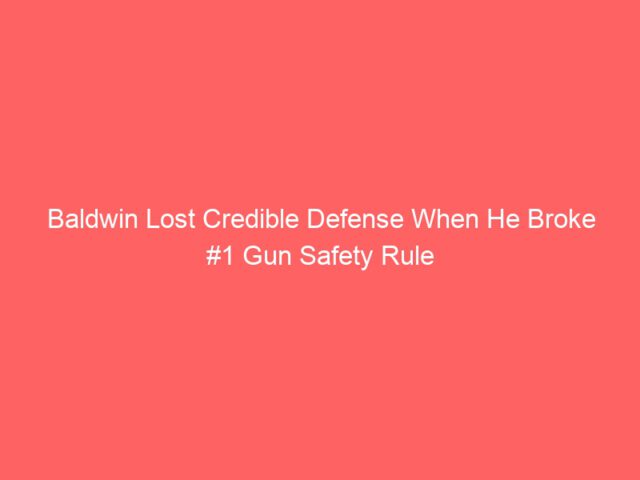 News broke Thursday that prosecutors will charge actor Alec Baldwin with two counts of involuntary manslaughter over the shooting of “Rust” cinematographer Halyna Hutchins, 42. Each count in New Mexico carries a maximum sentence for 18 months, with prosecutors adding a firearm enhancement to make it five years.

It is hard to see how Baldwin couldn’t have been charged with at least involuntary manslaughter. The first rule of gun safety is you don’t point a gun a something unless you intend to shoot it. Even if you believe the gun is unloaded, you don’t point it directly at others.

Baldwin didn’t follow basic gun safety when he shot his cinematographer, Hutchins. Anyone who has ever been to a shooting range will have this drilled into their heads. Baldwin, an actor who has appeared in many movies that used guns over the years, would have heard this many times.

Indeed, the Actors Equity Association, the union to which Baldwin belongs, clearly states the rules for firearms use on its website:

“Treat all guns as if they are loaded and deadly.”

“Never point a firearm at anyone including yourself. Always cheat the shot by aiming to the right or left of the target character.”

Donations to Damar Hamlin’s Community Toy Drive Have Gone From $2,500 to More Than...