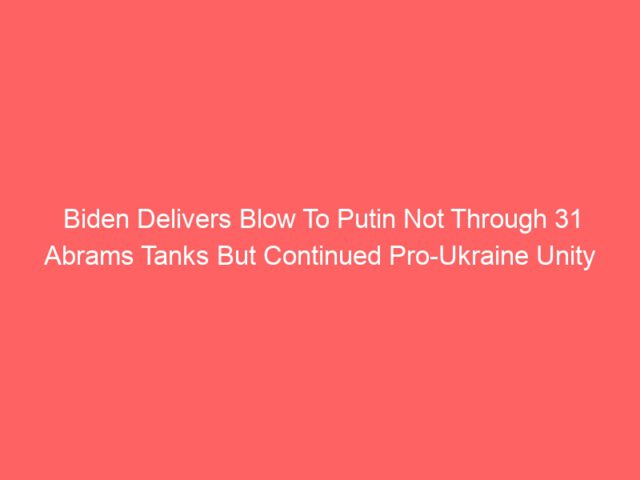 Although the US will send 31 Abrams tanks to the battlefield, the real victory for Biden lies in the United States’ continued support of Ukraine.

I haven’t seen the likes of this in a long time. The United States and Europe have a strong alliance. I had a long discussion with my nato partners this morning. The German chancellor and the French president. To continue our close coordination and our full support of Ukraine, because you all know I’ve been saying this for a long time, the expectation on the part of Russia is we will break up, we will not stay united. We are still fully and totally united. Ukrainian forces are working hard to defend the territory that they control and to prepare counteroffensives to free their land.

They need to counter Russia’s tactics and strategy on the battlefield in the very near term. They must demonstrate their ability to maneuver on open terrain and have the long-term capability to defend against Russian aggression.

The secretary of state and the secretary of the — of the military behind me are — they have been deeply, deeply involved in this whole effort. Armored…

Brickbatt is better late than never