Recently, I returned from a trip in McAllen Texas to visit a Customs and Border Protection Processing Site. I was amazed at the absence of border fencing and observed illegal migrants being allowed to enter the United States. Border Patrol told me there is no punishment for illegal immigration but that Americans face death consequences.

The CDC estimates that more than 105,000 Americans died due to drug overdoses during the 12-month period ending October 2021. 66 percent of those deaths were related to synthetic opioids like fentanyl. The United States saw more fentanyl-related death last year than both gun- and auto-related deaths.

A routine traffic stop resulted in an illegal immigrant shooting a Seminole police officer last week. The illegal immigrant was on a stabbing spree in Las Vegas that killed two people and injures six more. What number of Americans will be killed before the president acknowledges the national security crisis that he created by his policy of no consequences. 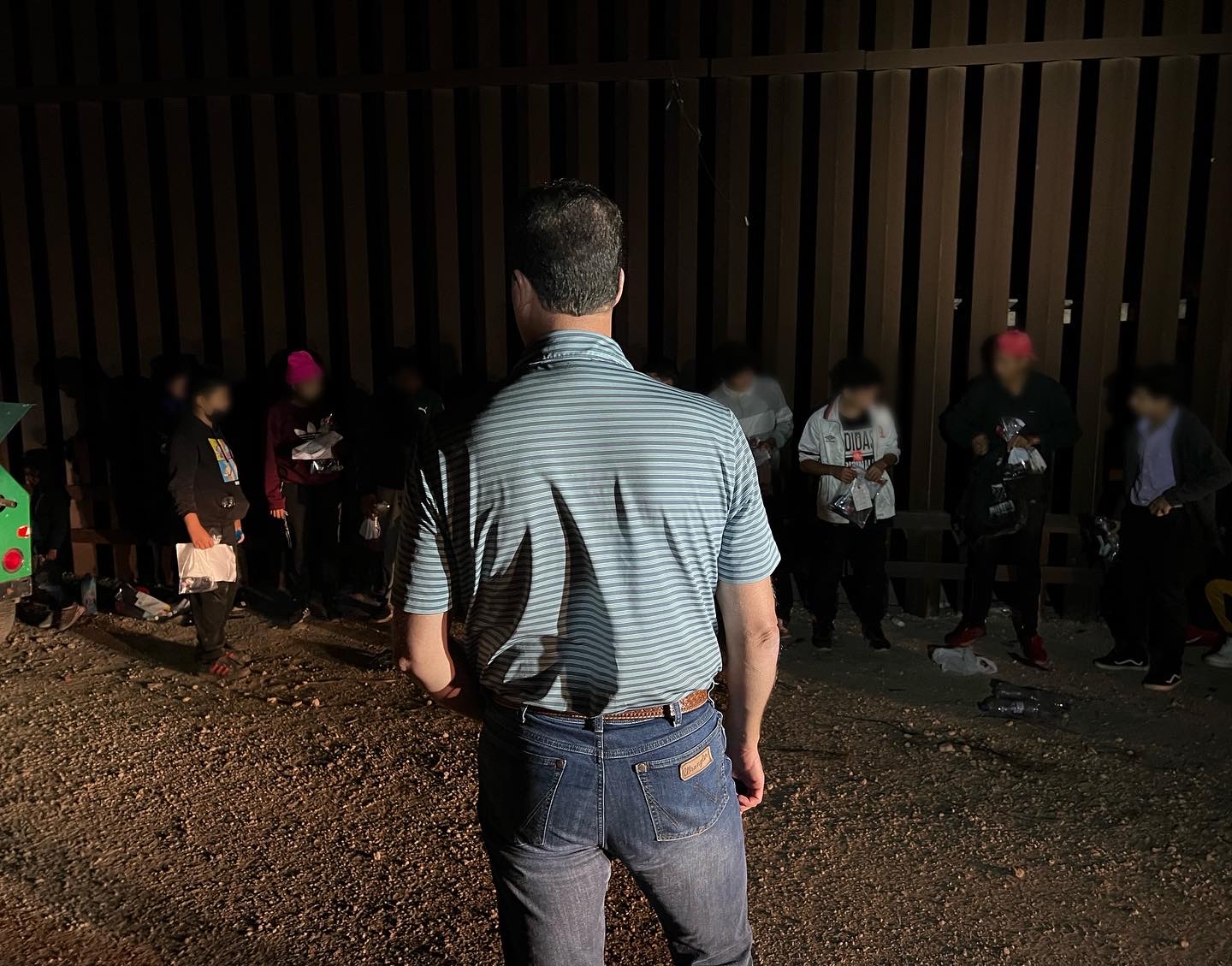 August Pfluger (R.TX) stands in front of a group…

Pelosi: Trump Should Run in 2024, Not Biden as the Midterms End