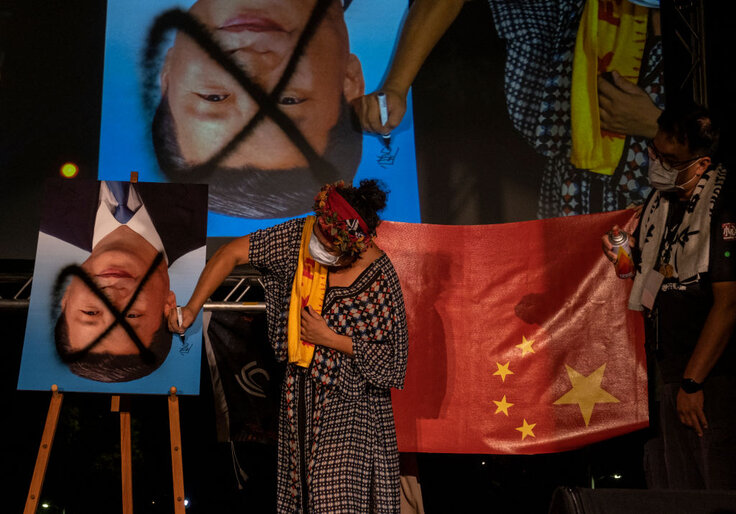 As the rest of the world reeled from the COVID pandemic in 2020, it looked like China had things under control. Americans and Europeans sheltered in place, while the Chinese enjoyed pool parties and weddings. The World Health Organization concluded in a February 2020 report: “China’s bold approach to contain the rapid spread of this new respiratory pathogen has changed the course of a rapidly escalating and deadly epidemic. This decline in COVID-19 cases across China is real.”

Turns out, China’s “bold approach” wasn’t all it was cracked up to be. For weeks now, the country’s Communist leaders have imposed lockdowns on some of its largest cities to grapple with a spike in hospitalizations. China’s COVID vaccines are far less effective than those developed and produced in America and Europe. Despite state censorship, cell phone videos of average citizens yelling at the authorities have gone viral (so to speak). People don’t have enough to eat. They are imprisoned in their own apartments. Meanwhile, even the bluest cities in America are lifting mask mandates.

None of this should surprise anyone. On the one hand, China invests a great deal in trying to convince the rest of the world that it should be feared, and its leader, Xi Jinping, has accumulated increasing power.

But the regime has also blundered. Xi this year signed a sweeping pact with Vladimir Putin on the eve of Russia’s disastrous invasion of Ukraine. And China is gaining little from picking a fight with India in the Himalayan Mountains.

What Xi and his apparats do not understand is that every time they bully a neighbor or con an international organization, they are making a strong argument to weaker states that it is better to align with America than to accept Chinese hegemony. When the rest of the world sees that Beijing cannot control a virus that likely originated from one of the regime’s biological laboratories, that case gains strength.

None of this is to say that America should not prepare to confront China in the coming years. The Chinese have surpassed us in hypersonic weapons technology. China’s military buildup is real. But just as the world is now learning through Russia’s blunders in Ukraine just how incompetent and corrupt the Russian Army is, we should not assume a military untested in battle will be as menacing as Chinese propaganda would have us believe.

Totalitarian regimes look fearsome right until they crumble. Xi’s is unlikely to be any different.

Maverick’ Met All Expectations, Save One – RedState

Sen. Blumenthal’s Family Splurged On Intel Stock Before He Voted For A Massive Subsidy...