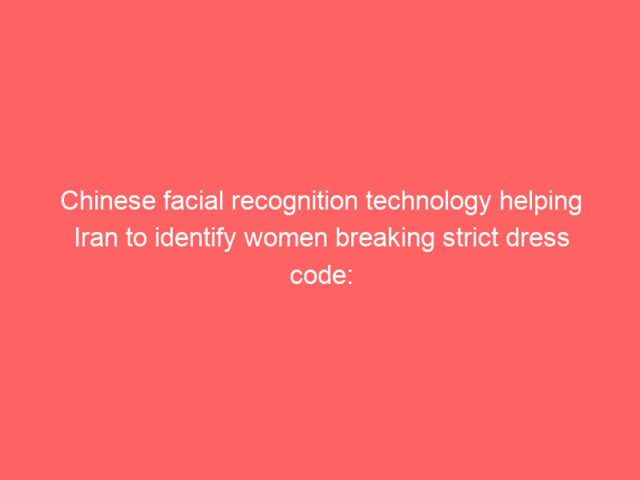 Iranian authorities could be using new technology in order to enforce strict country dress codes for women. They may also expand the use of facial recognition technology for imposing fines on those who break the rules.

Shajarizadeh, one of several Iranian observers, fears that Iran’s Islamist government has started to use facial recognition technology for punishing women who break laws about how they dress or appear in public. This is a setback for activists who have been protesting for months for women’s rights.

Putin’s War Week 41. The Mud Freezes in Ukraine Setting the Stage for the Next Round of Fighting – RedState

Iran is being feared to be using the technology, one year after the proposal for such a system by Iranian lawmakers. The head of the government agency that enforces morality laws heard their calls and stated in September that facial recognition would be used to “identify inappropriate and unusual movements” and “failure comply with hijab laws.”

How body-worn cameras are changing the Fourth Amendment Law