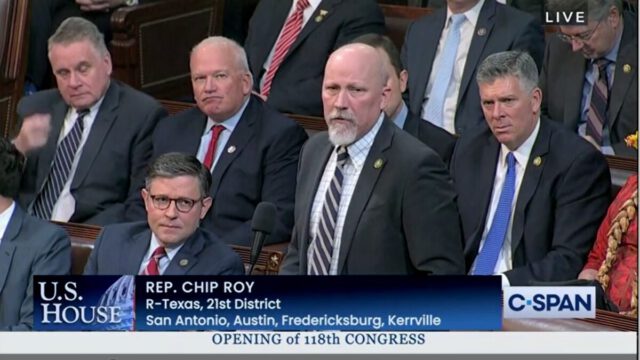 After several votes, the House Republicans failed in their attempt to elect a speaker. Texas Republican Chip Roy appointed Byron Donalds from Florida.

“Now here we are, and for the first time in history there have been two black Americans placed into the nomination for speaker of the House,” Roy said ahead of the fourth vote.

The proclamation was received with standing ovation and roaring applause as the lawmakers at each end of the chamber celebrated this historic racial milestone, 158 years after the fall of American slavery.

“However,” Roy continued, “we do not seek to judge people by the color of their skin but rather the content of their character.”

Republicans stood once more to sing the mantra, which Dr. Martin Luther King Jr. had popularized two miles west at the Lincoln Memorial in 1962. Most Democrats, however, were seduced by an identity politics form.

The Alt-Right Are Counter-Right Phonies