Democrats are starting to show frustration over President Joe Biden as his agenda has seen several setbacks during his presidency, according to the Hill’s Amie Parnes and Brett Samuels.

Following the Supreme Court’s ruling on Roe v. Wade last month, the president has been “finding himself largely powerless to address a spate of setbacks in recent weeks that have sparked alarm among Democrats about the state of the country,” they wrote.

During Biden’s presidency, the country has seen a supply chain crisis, record-high inflation, a baby formula shortage, and the botched Afghanistan withdrawal. And his marquee legislative proposal, the $1.75 trillion Build Back Better Act (BBB), has been dead in the water for some time. All while the country has seen record-high gas prices and been plagued with gun violence.

Everything, so far, appears to be making Democrats “increasingly frustrated” with the person they elected to “enact change.”

One top Democrat strategist talking about the frustrations from Biden and his team told the Hill, “It’s infuriating,” adding, “Our house is on fire and it seems like they’re doing nothing to put the fire out. They’re just watching it with the rest of us.”

Biden has also been plagued with lousy job approval numbers.

Biden is underwater in 48 states — including the typically dark blue California and his home state of Delaware — while his approval rating is down to the lowest in his presidency, at only 30 percent approval and 58 percent disapproval, according to the most recent CIVIQS rolling job-approval average on July 3.

The president is also underwater with independent voters, which make up an increasingly influential voter bloc, especially in recent years. Only 18 percent of independent respondents say they approve of Biden, while 68 percent disapprove, with 13 percent having no opinion. 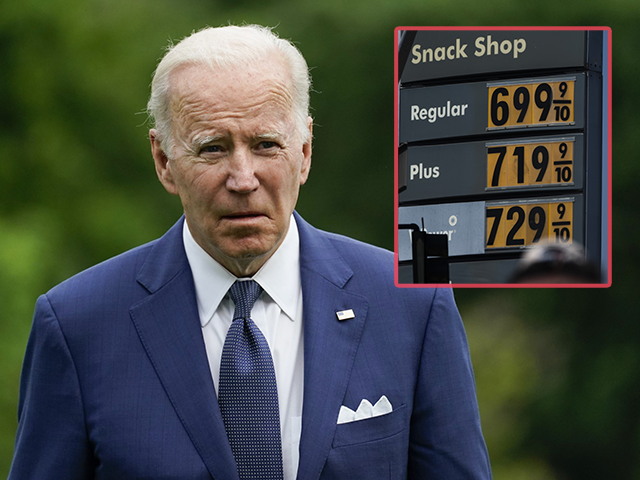 Senate Votes to Approve Sweden and Finland Admission into NATO

“There’s the administrative part of the job and the political part of the job, and it seems like this president is leaning more in the administrative role at a time when his coalition is thirsty for political clarity and leadership,” Payne continued. “The president and his team have to be vigilant about providing that and balance the need to do both.”

A Democrat political commentator who frequently appears on CNN, Bakari Sellers, said last Friday, “I’m not sure what he’s doing. I can tell you what he ain’t doing.”

However, White House press secretary Karine Jean-Pierre when  asked during Tuesday’s briefing about Democrats starting to complain about the president not showing urgency on specific issues, deflected the question by saying, “I can’t speak for them, I can only speak to what we’re trying to do.”

Jacob Bliss is a reporter for Breitbart News. Write to him at [email protected] or follow him on Twitter @JacobMBliss.