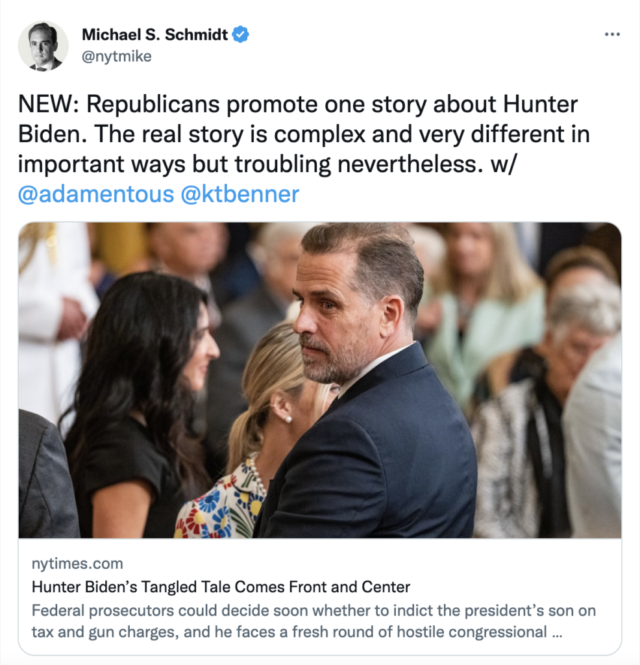 To this day, President Joe Biden denies his long history of involvement in the lucrative Biden family business, but the corrupt corporate media are finally admitting the president’s participation in the financial dealings spearheaded by his son Hunter Biden.

This week, the New York Times published an article claiming, “a close look at [Hunter’s] story shows that it differs in important ways from the narrative promoted by Republicans,” who, with their newfound majority in the House, are investigating the Biden family’s “deliberate, repeated deception of the American people, abuse of the executive branch for personal gain, [and] use of government power to obstruct the investigation.”

The article merely acknowledges what conservative media outlets have reported for years about Biden’s involvement in Hunter’s overseas business dealings. Yes, then-Vice President Biden, who was tasked with “overseeing U.S. policy in Ukraine,” met with Hunter’s “main point of contact” at the Ukrainian energy company Burisma at a charity dinner event, the NYT confessed, but waved off Biden’s visit with Pozharskyi as the U.S. leader’s attempt “to spend time” with his addict son.

Over a year has passed since the unraveling of the Biden family corruption story was revealed to those who have been following it.

Archives releases 7 statements on Trump and Zero on Biden

Democrats optimistic about holding the Senate