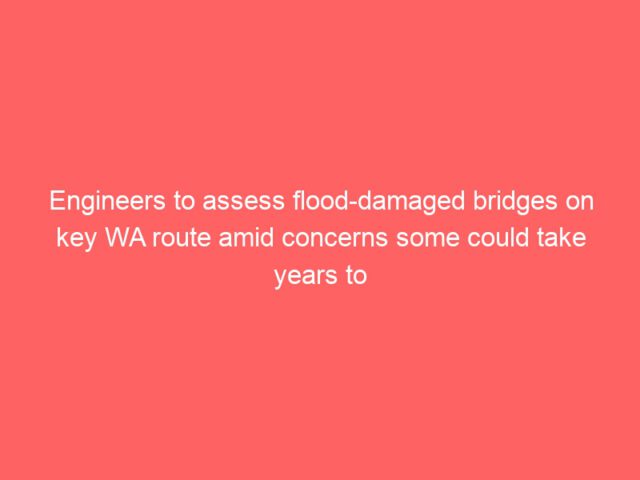 On Wednesday, engineers will evaluate the damage to major bridges along the trucking route linking Western Australia and Northern Territory. This is amid concerns that key infrastructure may take months or even years to repair.

Main Roads WA and structural engineers are going to assess the Fitzroy River Bridge along the Great Northern Highway. There will also be photos and videos showing the bridge’s collapse following record floods.

Detours for trucks delivering food and medical supplies to communities isolated in the floods add an extra 7,400km, resulting in a round trip of 12,000km – the equivalent of driving from Paris, France to Vladivostok, Russia.

Fitzroy Crossing is seeing water recede, but Guardian Australia knows that it could take many months or even years to repair the bridge.

Main Roads WA suggests building a temporary bridge to replace the existing one.

Ex-tropical Cyclone Ellie caused intense rainfall in WA’s Kimberley region over the last couple of weeks. At one point, the amount of water flowing down Fitzroy River each day was the equivalent of Perth’s entire water use for 20 years.

Towns have been cut off and communities isolated in the state’s “worst ever” floods.