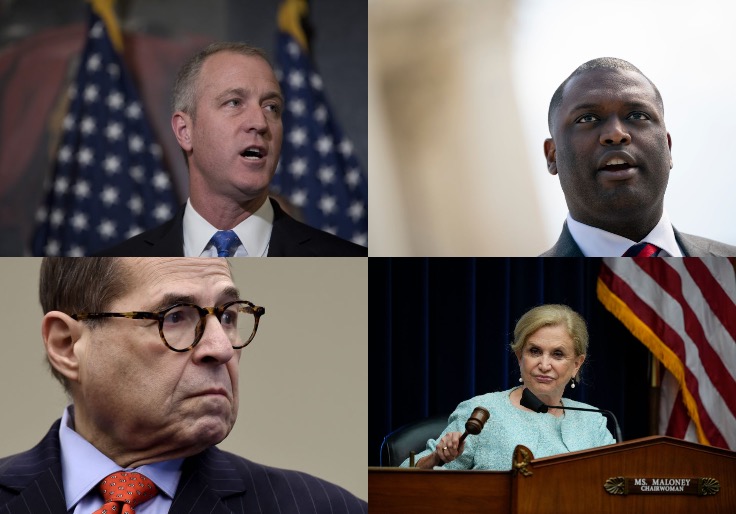 Democrats are turning on each other in light of the New York court ruling last month that struck down their gerrymandered congressional districts, with one black congressman publicly accusing Democratic Congressional Campaign Committee chairman Sean Patrick Maloney (N.Y.) of being a racist.

Multiple news sources, including Politico and the New York Times, reported this week that Democrats are fuming at Maloney, who as DCCC chairman is responsible for getting Democrats elected to the House. Courts on Monday unveiled new congressional districts, created by a nonpartisan special master, that not only reverse Democrats’ failed gerrymander but also “could pave the way for Republicans to make gains” in the deep-blue Empire State, the Times reported.

Maloney responded to the court decision by abandoning his old congressional seat and running instead in the newly drawn 17th district. That district is represented by a member of his caucus, progressive freshman Mondaire Jones, who will now have to decide whether he wants to face Maloney in the 17th district or ideological ally Rep. Jamaal Bowman (D.) in the neighboring 16th district.

Another ideological ally, Rep. Ritchie Torres (D., N.Y.), accused Maloney of racism, saying the chairman’s allies are spreading the message that Jones, who is black, “is ideologically ill-suited to represent a Westchester County District.”

A black man is ideologically ill suited to represent a Westchester County District that he represents presently and won decisively in 2020?

Maloney’s decision comes just two weeks after he said that hard-fought Democratic primaries could prompt an “extinction-level event” for the party, the Times reported.

Maloney and Jones are not the only Democrats who will likely battle it out in the Aug. 23 primary. The maps will likely throw long-serving Democratic representatives Jerry Nadler and Carolyn Maloney into a potentially brutal primary fight, for example, while Rep. Hakeem Jeffries, who may succeed Nancy Pelosi as Democrats’ House leader, will no longer live in his district.

Courts may still tweak the maps this week until a judge finalizes them on Friday.

Wisconsin Voters File Lawsuits Against Democrat Cities Over Illegal Drop Box Use In 2020...

This Supreme Court also hates worker power, this week in the war on workers