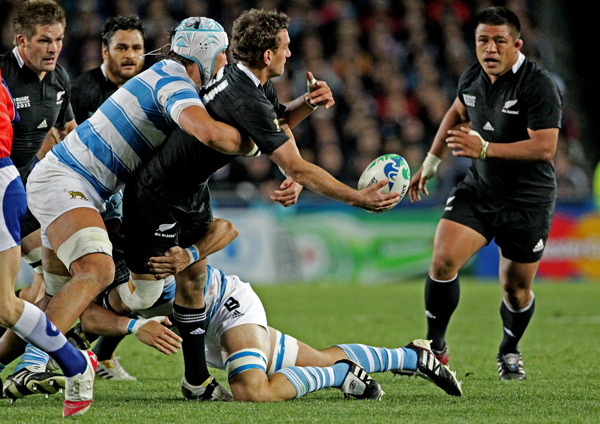 Rugby’s international governing body on Monday banned transgender athletes from competing, making it the latest sports body in recent weeks to restrict them from participating.

The International Rugby League, which sets the rules for the sport in matches around the world and oversees the Rugby League World Cup, said in a statement that male-to-female rugby players will not be permitted to play in sanctioned women’s matches before further research is conducted.

“It is the IRL’s responsibility to balance the individual’s right to participate … against perceived risk to other participants,” the league said.

The International Swimming Federation on Sunday announced it will also restrict transgender athletes from competing in women’s events, saying it will only permit individuals who transitioned before the age of 12 to compete as women.

British cycling moved to suspend transgender-inclusive policies in April, saying its former guidelines were “unfair on all women riders and [pose] a challenge to the integrity of racing.”

Leftist Orgs Decry Inequality, But Abandon The Family – The Key Social Force That Can Fix It

More sports are expected to follow in the wake of the International Olympic Committee’s November decision to leave it up to its member federations to set guidelines for classifying athletes as men or women. A Washington Post poll from last week showed 58 percent of Americans believe biological men should be barred from women’s professional and collegiate sports.

Tear Down That Covid-Testing Wall for Commercial Flight