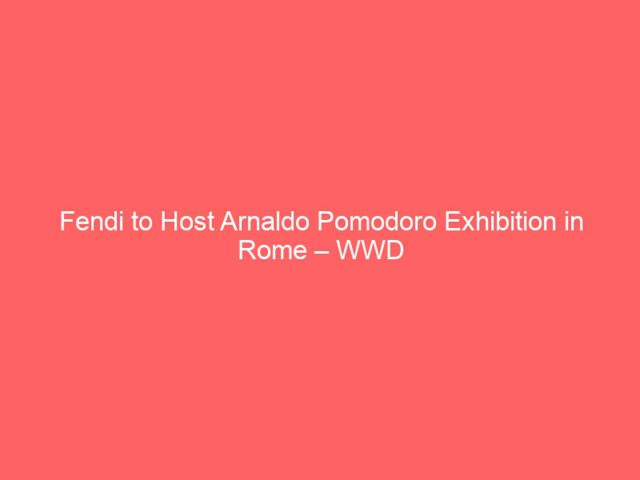 FENDI’S SPHERE: As part of its link with the arts, Fendi said it will host a retrospective exhibition of Italian sculptor Arnaldo Pomodoro’s artworks at its Roman headquarters Palazzo della Civiltà Italiana, often referred to as the Square Colosseum.

The exhibition titled “Arnaldo Pomodoro: The Great Theater of Civilization” is to run May 12 to Oct. 1 with free admission, but no details on the artworks on display were available.

The tie-up cements the ongoing relationship between the luxury house and the Arnaldo Pomodoro Foundation, which dates to 2013, when Fendi took over the spaces on Milan’s Via Solari formerly occupied by the foundation. That building displays the environmental artwork “Entrance to the Labyrinth,” among others, which Fendi has helped preserve and make available to the public over the past decade.

The Roman exhibit is part of the Arnaldo Pomodoro Foundation’s roster of events and activities scheduled for 2023 and centered on the preservation and promotion of the artist’s artworks, the support of cultural initiatives and contemporary creativity, and education.

Fendi said the partnership is geared toward “the celebration of art as a tool capable of uniting respect for historical heritage, attention to the diffusion and dissemination of artistic languages, and the search for new forms…

The U.S. consumer is starting to freak out

The Months When the Earth Stood Still