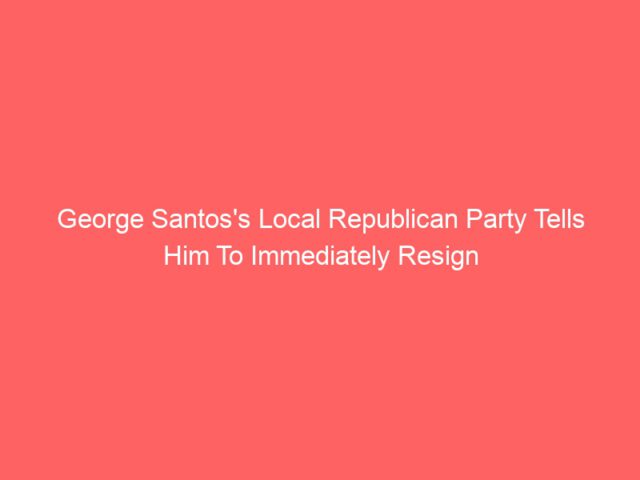 The Nassau County Republican Party called on Rep. George Santos (R-NY) to resign for lying to the district’s voters.

Get more stories like these by signing up for our newsletter

Rep. Santos isn’t going to resign. He seems to be there to make as much money as possible before the voters or the law enforcement take him out of office.

Both Democrats and Republicans agree on Santos.

DCCC Spokesperson Nebeyatt Betre said in a statement provided to PoliticusUSA, “George Santos is a fraud who doesn’t deserve to be in Congress. Long Island voters are aware that ,…

Girl killed by shark attack while swimming with dolphins in Australia