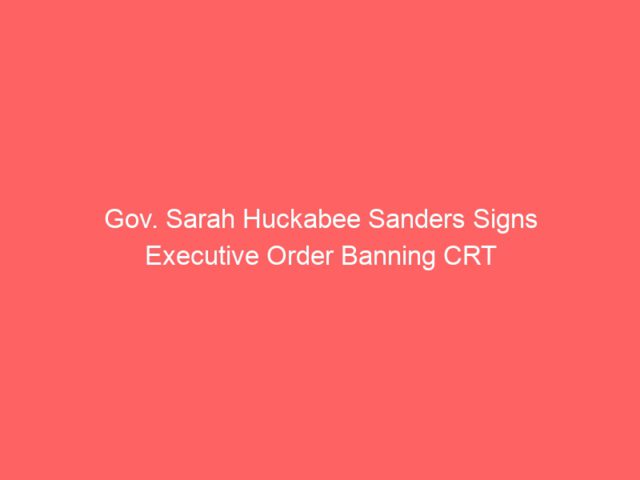 Schools must “educate, not indoctrinate” students and that the state’s education policies need to “protect children and prepare them to enter the workforce,” according to the executive order, obtained by the Daily Caller.

CRT controversially teaches that America is fundamentally racist, promotes skin color as a person’s primary characteristic, and assigns moral fault to individuals—usually white people—solely based on their skin color.

CRT has been a controversial ideology meeting resistance from parents and communities across America, who argue that it teaches a distorted definition of what racism has traditionally meant.

“It is the policy of this administration that CRT, discrimination, and indoctrination have no place in Arkansas classrooms,” the executive order reads.

The executive order directs Arkansas’ education secretary to ensure that “prohibited indoctrination” is not communicated to students by any public school employee, public…

ChatGPT: Where does it fall on the Political Compass

8 Challenges of Being Highly Intelligent