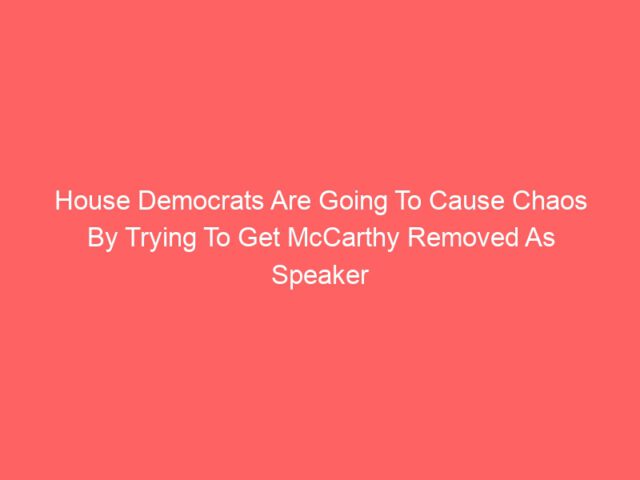 House Democrats and progressives are threatening to give Kevin McCarthy continual headaches by filing motions that he be removed as speaker.

“Why not? It sounds great! I mean, you’re still going to need what, 218 for passage, right? But listen, man, he has a very slim majority,” mused Rep. Jamaal Bowman (D-N.Y.). “Whenever we want to cause complete chaos, we’ll do that.”

The motion to vacate, also known by this gambit would almost certainly fail in the new Congress. Republicans can use a procedural maneuver to throw out the motion before it is actually voted on. Democrats would need GOP support for the required majority. But progressives’ zeal confirms a fear from McCarthy’s allies — that a rule he greenlighted to assuage conservatives could easily cause frequent headaches.

Register Republican: Will not vote for Donald Trump or any of his Enablers.

McCarthy would use the motion to cause chaos and troll McCarthy by creating his own rules. It may even work if it happens to be completely crazy. This is mostly a way for the House minority to make the Speaker of the House mad when he has very little margin for error.

Kevin would have a huge problem if the House votes were to reach the floor.

Trump hammers ‘RIGGED & STOLEN’ election in Georgia: ‘That is the CRIME!’