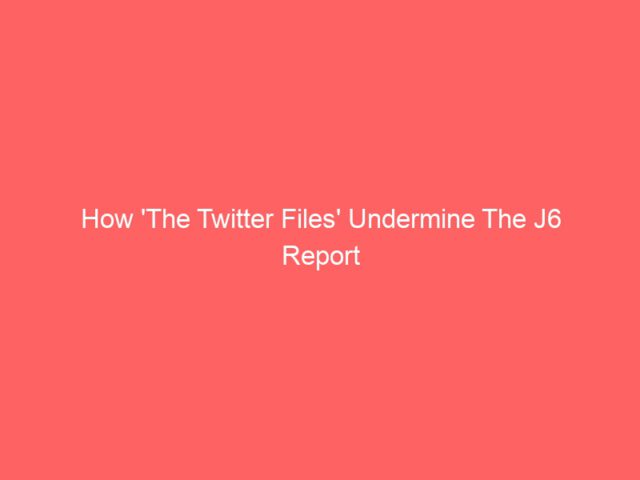 Censorship-hungry Twitter employees vented to the House Select Committee on Jan. 6 that their company wasn’t authoritarian enough when it came to curbing former President Donald Trump ahead of the 2021 Capitol riot, a newly released 122-page memo shows. “The Twitter Files,” however, prove Big Tech went out of its way to suppress the Republican president long before his ban from the platform on Jan. 8, 2021.

When the Twitter staff, or “Tweeps,” gave witness testimony to the J6 Committee last year, they likely didn’t anticipate a fact-check of their public statements against their internal communications. Then Elon Musk acquired the company in October of 2022 and released internal documents exposing Twitter’s key censorship decisions and election meddling.

Some of the material in the revelations dubbed “The Twitter Files” corroborates what these ex-staffers told the J6 Committee about Twitter’s hesitation to ban Trump until Jan. 8. However, many of the communications and documents uncovered prove that Twitter treated Trump differently to most world leaders long before the riot.

Anika Navaroli, a member of Twitter’s censorship team, told the J6 Committee in anonymous testimony in July of 2022 that Twitter’s…