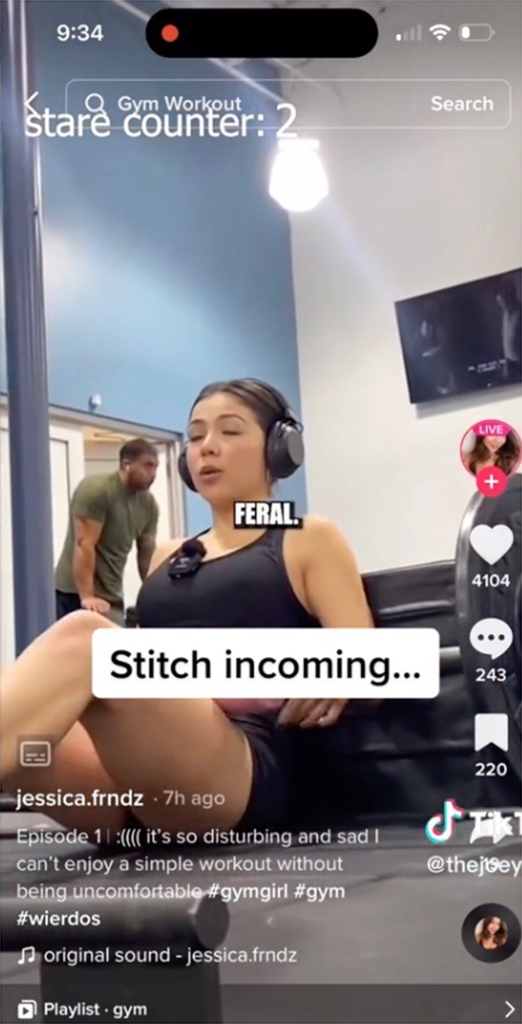 Twitch influencer Jessica Fernandez issued an apology Tuesday after she went viral for posting a video about a “feral” man at the gym who she claimed was staring at her “like a piece of meat.”

Fernandez published the apology on TwitLonger — an extension of Twitter that allows users to post tweets longer than 140 characters — calling the video “the most serious thing I have ever posted.”

“First of all, I want to apologize sincerely to the man at the gym where this all started. He didn’t do anything wrong to me and I blew our interaction out of proportion,” wrote Fernandez. “I know many people think that I’m only apologizing because I got called out from the video I posted and this is half right.”

The video — which has since been deleted — shows Fernandez lifting weights and complaining about a man standing behind her.

“Stupid f–king piece of s–t behind me,” said Fernandez into a microphone. ” This is a terrible idea. I hate this. I hate when there’s weirdos.”

Bryan is an Indiana Republican who believes Donald Trump is ineligible to lead our...

Is GPT able to pass the Multistate Bar Exam