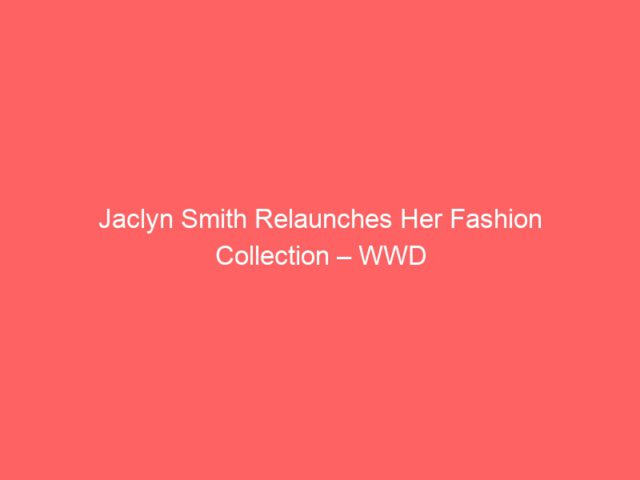 America’s most enduring celebrity fashion collection has a second wind.

Jaclyn Smith, who became an overnight icon by playing Kelly Garrett on the “Charlie’s Angels” television series which ran from 1976 to 1981, has officially relaunched her namesake fashion collection on HSN. For starters, it’s a 10-piece spring line targeting women 35 and older, with classic and on-trend items that can be worn day into night, have stretch characteristics and sizes that fit “real people,” the actress said.

“This is exciting because through HSN, with its broadcast streaming, website, mobile app and social pages, I will have a chance to reach many more people,” Smith told WWD in an interview. “I’ve had a 36-year commitment to my customers,” whom she characterized as being diverse and from all walks of life.

Jaclyn Smith’s collection was launched for the first time in 1985. It is sold exclusively at Kmart. Kmart’s success was due to its mismanagement, bankruptcy and constant store closures. Kmart is down to just three stores now, from nearly 2,500 in the mid-’90s.

It’s good to reform the ECA, but could be improved