If you’re feeling stressed and overwhelmed as this month begins, don’t let it bring you down, Libra. Even though your Libra August 2022 horoscope is filled with complications that needs solving, it’s only paving the way for so much greatness! On August 1, aggressive Mars will join forces with erratic Uranus in your eighth house of transformation, which bring something to an abrupt and unexpected end. Karma is well on its way to being delivered, so if you’re feeling overwhelmed by the truths that are now arising, know that justice is being served. You’re undergoing a spiritual metamorphosis, so lean into it!

Be careful of frenemies and energy vampires, especially around August 9! This is when Venus—your ruling planet—will oppose dark and drastic Pluto, which could attract jealous eyes. Sometimes, it’s better to celebrate your success in private, because not everyone deserves to know how well you’re doing. Luckily, once Venus enters your 11th house of community on August 11, it will bring you so many opportunities to make new friends and expand your social circle. Choose to surround yourself with people who are actually happy for others when they’re doing well!

As a full moon in fellow air sign Aquarius rises in your fifth house of creativity and romance on August 11, you’re feeling a desire to express yourself and reconnect with your inner child. If your work hasn’t been fulfilling you, it’s time to remember what you’re truly passionate about! Reconnect with old hobbies, write some awful poetry and ask your crush out on a date. It’s time to remember why life is worth living. 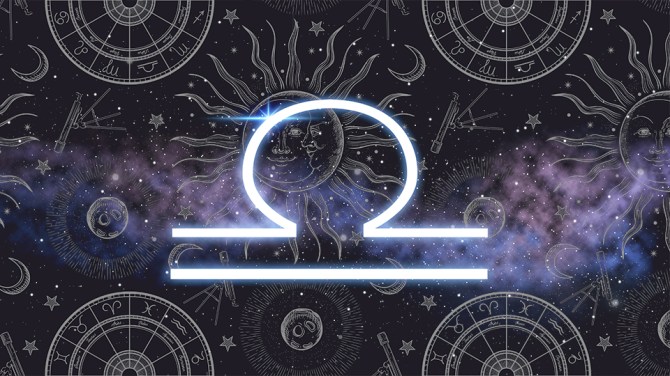 While the beginning of the month may feel heavy and overwhelming, you’re receiving a well-deserved treat from the stars by August 18. This is when Venus will form a trine with Jupiter in Aries, which is bringing so much positivity to your seventh house of partnerships. This is a beautiful time to dive into the magic of friendship and courtship (your two most favorite things in the world. You’re a people person, Libra. Fall in love as much as you damn well please!

By the time chatty Mercury enters Libra on August 25, you’ll be in an even stronger position to confidently introduce yourself to others and passionately argue in favor of what you believe in. Embrace this boost of intellectual genius, because people are so impressed with how you can put your perspective into words! When the new moon in Virgo takes place on August 27, it will encourage you to let go of the past and surrender to the changing tides. Marking a new beginning in your 12th house of spirituality, this new moon is all about letting go and letting in. You deserve to be surrounded by love and forgiveness.

When the World Is Coming Unglued — Here’s One Place To Go To Prepare...