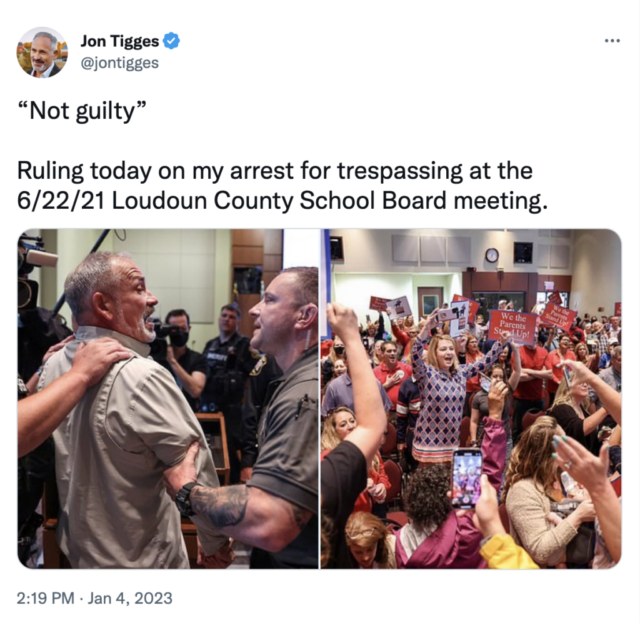 On Wednesday, a Loudoun County father was not found guilty of trespassing after his arrest at a June 2021 meeting of the school board.

Fleming determined that Tigges not only had a First Amendment right to attend the heated meeting but also that the superintendent who shut down the official gathering last summer had no right to declare it an “unlawful assembly.”

“My thanks to God for justice,” Tigges wrote on Twitter on Wednesday afternoon.

Chicago woman resists carjacking, and ends up critically injuring another and killing one of her teenage suspects.

Tigges was one of the more than 250 people who had signed up to speak during the public comment section of the Loudoun County School Board meeting that summer night. He intended to voice opposition to the board’s new transgender policy proposal, which mandated that employees use students’ so-called “preferred pronouns” and preferred restrooms regardless of their sex.

Tigges spoke before the School Board…