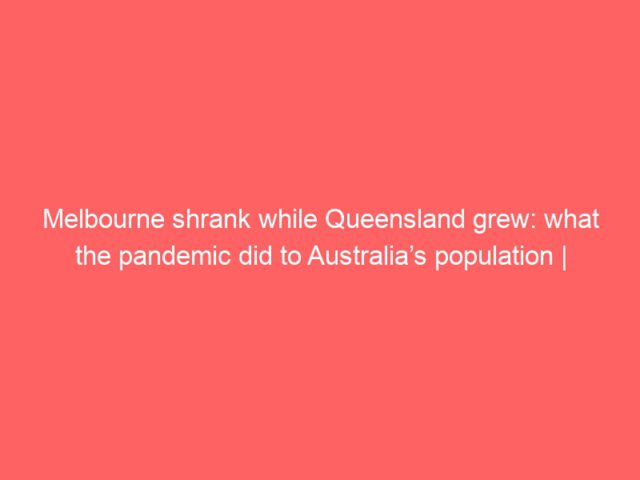 The data from the Centre for Population showed Melbourne’s rate of population growth dropped from 1.8% in 2018-19 to -1.6% in 2020-21. The annual population growth in Victoria has declined by -0.9%, both from interstate and international migrants.

Over the two-year period of the pandemic in Melbourne, residents were locked down for 262 days. This included a stretch of 111 days. It was a contributing factor to the exodus. People did not just leave Victoria and its capital; they also stopped arriving from the interstate. Net interstate migration is not expected to return at pre-pandemic levels until 2023-24.

However, demographers predict a rebound in Melbourne and Victoria as people return home. The population recovery has been led by international students, with net migration rising from -53,000 in 2020-21 up to 49,000 by 2021-22.

The next financial year is expected to see net overseas migration climb to 81,000, which should see Victoria’s population grow by 1.1% by 2025-26.

Is Justin and Eliza still together? ‘Bachelor in Paradise’ 2022, Where Are They Now