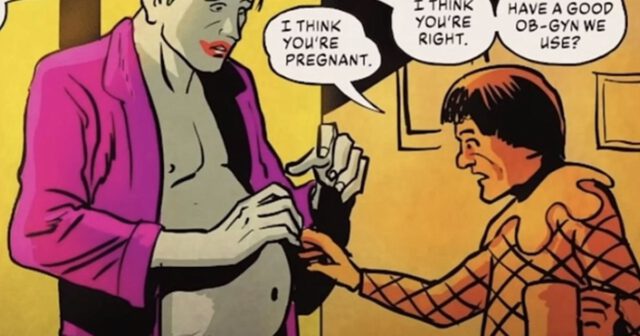 RedState.com does not endorse the opinions of contributors.

Since years, the woke has been on the move trying to take down academia and popular culture. If they haven’t yet sullied the memory of one of your favorite comic book characters, don’t worry—they’ll keep trying. Batman’s nemesis The Joker is the latest to get the treatment, because apparently now he’s able to get pregnant and have his own baby. Not exactly the type of plotline they used to feature in my favorite show growing up, the 1960s’ incredibly campy but wonderful Batman. (If the theme song didn’t just pop into your head, there may be something wrong with you. Dun nuh nuh nuh nuh nuh nuh nuh….BATMAN!)

JUST IN: DC Comics has made The Joker pregnant in it’s latest issue because of course they did. pic.twitter.com/V85OrKKuCG

The storyline is from the latest edition in the DC Comics series, “The Joker: The Man Who Stopped Laughing,” and is advertised as his “most bizarre caper yet.” Oh, I can agree with that.

The super-heroine Zatanna (a magic user) causes the pregnancy. She casts a spell that goes wrong on The Joker. The spell turns the green villain into a villain.

Donald Trump Voter – The Pandemic Sealed It. I’m switching my vote to Biden.

Oberlin College offers $36M for a bakery it considers racist

Brickbat: When Students Aren't the Bullies