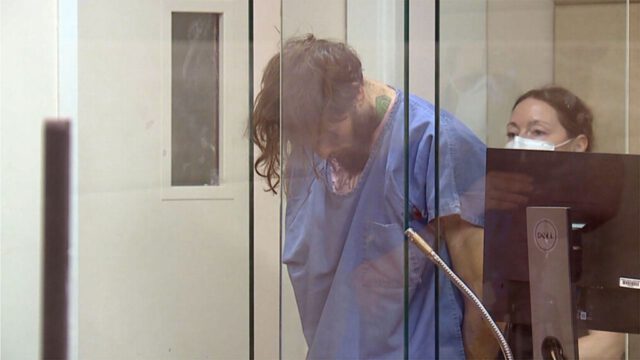 A 25-year-old former college soccer player suspected of savagely attacking a 78-year-old man on a train platform in Oregon — and chewing off his ear and part of his face — told cops he believed the victim was a killer robot, according to prosecutors.

Multnomah County District attorney Mike Schmidt announced Wednesday that Korynkraemer was arraigned for a second-degree assault case stemming out of the grisly incident that occurred the previous day at a light rail station in Gresham, Oregon.

At around 2 AM on Tuesday, the victim was standing on Cleveland Avenue TriMetMAX Platform when Kraemer approached him and began to chew on his face.

Officers arrived at the scene to pull Kraemer from the victim. By then, the 25-year-old had chewed off the man’s ear and bitten the skin off his face to the point of exposing his skull.

The victim was transported to a local hospital and was later listed as stable.