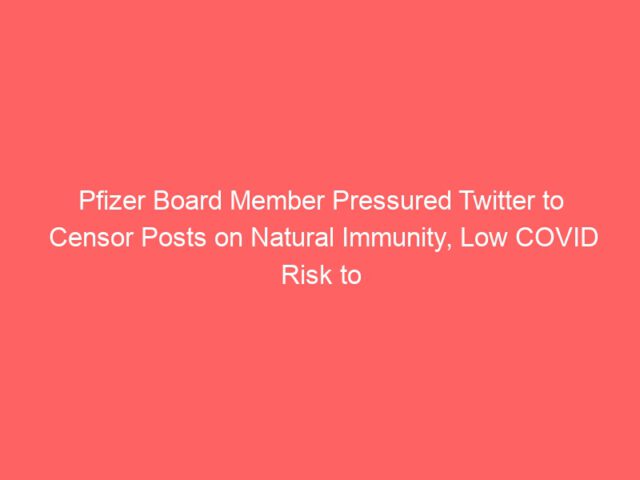 An ex-Pfizer board member and former head of the U.S. Food and Drug Administration (FDA), lobbied Twitter for action against a tweet that accurately pointed out that natural immunity is better than COVID-19 vaccination. According to an email published Jan. 9,

“This is the kind of stuff that’s corrosive. Here he draws a sweeping conclusion off a single retrospective study in Israel that hasn’t been peer reviewed. But this tweet will end up going viral and driving news coverage,” Gottlieb wrote.

Giroir had written that it was clear natural immunity, or post-infection immunity, “is superior to vaccine immunity, by ALOT.” He said there was no scientific justification to require proof of COVID-19 vaccination if a person had natural immunity. “If no previous infection? Get vaccinated!” he also wrote.

Giroir pointed to a preprint study that was published by Israeli researchers. It found that natural immunity provides better protection than vaccinations after an analysis of health records. After peer review, this study was published in Clinical Infectious Diseases.

Congress misses the deadline to finance the government again

These days in Preferrred Courtroom Historical past: November 21, 1926