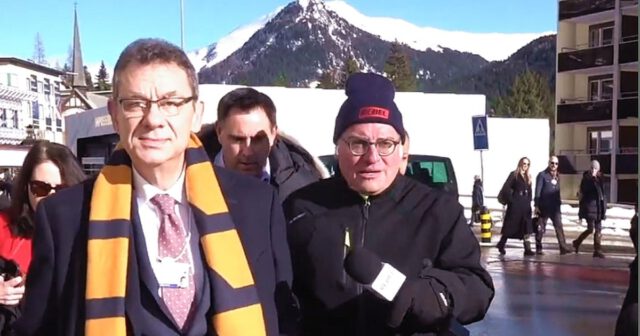 RedState.com is not responsible for the opinions expressed by contributors.

It’s hardly surprising that Pfizer CEO Albert Bourla is at the World Economic Forum in Davos, Switzerland, this week, rubbing elbows with other elite power players, politicians, and people who want to fundamentally change the world. Bourla, whose pharmaceutical company made billions of bucks off mRNA COVID vaccines despite the fact that they’re not effective at stopping infection or transmission of COVID, and have even been tied to myocarditis issues, probably didn’t expect to have to answer any actual questions from any actual journalists.

Remember, when was your last encounter with a corporate media representative asking him for anything substantive?

But he didn’t count on Rebel News, and reporters Ezra Levant and Avi Yemini, finding him walking the streets in Davos. Levant writes [emphasis original]:

I approached him directly and began asking him questions that millions of people have been asking for years. Avi joined in a few seconds later making it a walking press conference. And Bourla couldn’t answer a single question.

WV Symphony Orchestra will perform Sounds of the Season

HIM COURT! You can see what happened! @ezralevant & @OzraeliAvi Albert Bourla, CEO of Pfizer was spotted today on the streets of Davos.

Herman Melville is Not Your Plaything

Journalism, Universities, and the Containment Of Ideology