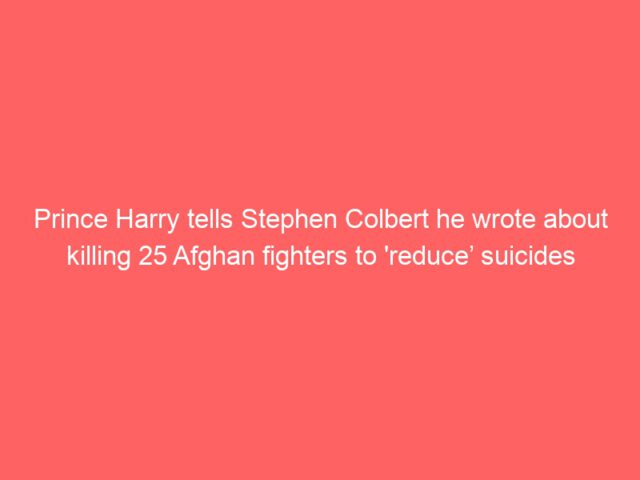 Prince Harry slammed the “dangerous spin” that he “boasted” about killing 25 Taliban fighters in Afghanistan in his new memoir, “Spare.”

The Duke of Sussex condemned the “dangerous lie” after he was widely criticized for discussing the killings in his book — a move his former comrades say is a “betrayal” that could “incite” assassination attempts.

Appearing On “The Late Show With Stephen Colbert” In an episode that aired Tuesday, exiled royalty accused the media of taking his words outof context.

“I think one of the most dangerous lies that they have told, is that I somehow boasted about the number of people I have killed in Afghanistan,” Harry said.

“I would say that if I heard anybody else, anyone, boasting about that kind of thing, I would be angry. But it’s a lie.”

“My words are not dangerous, but the spin of my words is very dangerous to my family,” he added.

Harry was part of the British Army Air Force for ten years.

How a Capricorn looks: What their Physical Appearance Looks Like, Explained