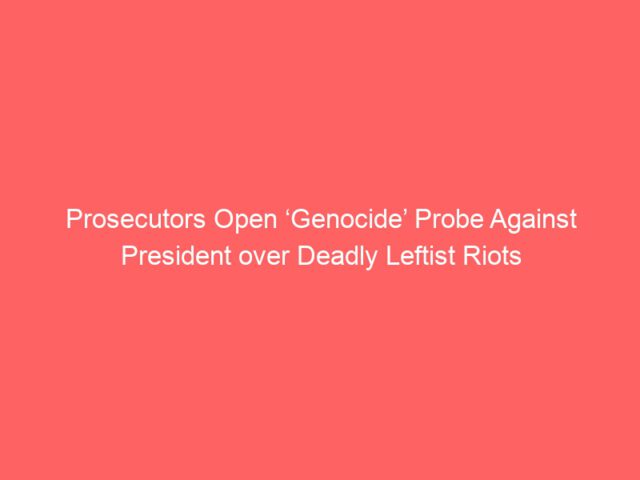 Peru’s top prosecutor’s office Announcement Tuesday it would launch a “genocide” and “homicide” inquiry against leftist President Dina Boluarte, her Prime Minister Alberto Otárola, and other members of her cabinet.

The investigation stems from government actions in response to a wave of deadly left-wing violence in the country in response to the ouster and arrest of communist former President Pedro Castillo, who attempted to stage a coup d’etat to prevent his impeachment last year. Boluarte served as Castillo’s vice president.

The riots demanding Castillo’s return to power have so far left 47 reported Peruvian economy has seen a rise in deaths and economic development. Losing Estimated to be 1.2 billion Peruvian soles ($315.1million USD).

“The preliminary investigation is for the alleged crimes of genocide, qualified homicide and serious injuries, committed during the demonstrations in the months of December 2022 and January 2023 in the regions of Apurímac, La Libertad, Puno, Junín, Arequipa and Ayacucho,” Peru’s Public Prosecution office said in an announcement posted to Twitter on Tuesday evening.