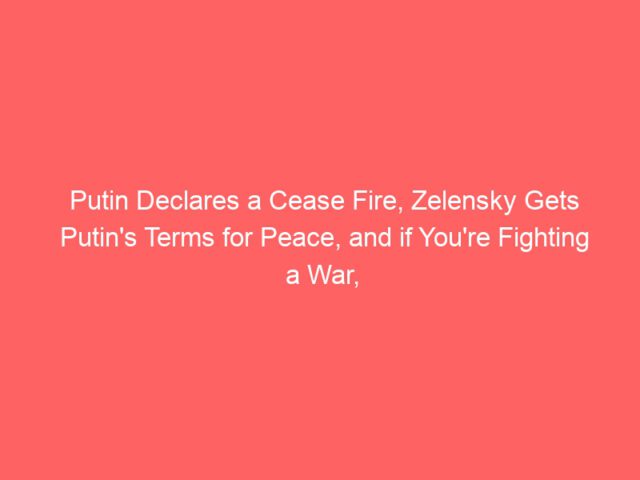 (The opinions expressed by contributors are their own and do not necessarily represent the views of RedState.com.)

Today marks the beginning of the 45th week of Vladimir Putin’s ill-advised invasion of Ukraine. This update will have a few longer segments.

Before I begin, let me briefly explain why I do updates in the way I do. I realize that a non-trivial number of readers don’t believe Russia invading Ukraine is our problem and that we have enough problems at home and we shouldn’t spend money on a war that they believe doesn’t matter to us. Some commenters believe that Russia is the aggrieved in this war. I agree with the second group. I don’t believe in trolling solid conservatives who I disagree with on one issue for the sake of “hate clicks,” so I try to put all my Ukraine commentary into this one post so we can get the disagreement out of the way and move on to opposing the left. As to the second group, as far as I’m concerned they can just FOAD.

Ukrainian Infrastructure is under attack from missiles

A cruise missile attack was launched by the Russian military on Ukrainian electricity lines, something that has been happening about once a week…

Republicans Had No Positive Message

What is Really Required for a Prosperous, Healthy New Year?

Zumba class violently disrupted by bullets in the studio window.