You’ve just survived Mercury retrograde, but don’t go throwing a party just yet! After all, Saturn retrograde 2022 begins on June 4 at 5:47 p.m. ET and comes to an end on October 23, marking a major shift in the cosmos. In astrology, Saturn is the lord of structure, discipline, authority and karma, making it one of the most fearsome planets in all of astrology. However, before you start cursing Saturn and spiraling into an abyss of worry, have you ever considered that this four and a half month retrograde could actually be… a good thing?

It’s true—Saturn doesn’t exactly have a reputation for being soft and fuzzy. Undoubtedly, the terror often used to describe the “Saturn return” certainly doesn’t help. For those of you who are awaiting this fated event, which usually occurs between the ages of 27 and 30, 58 and 61 or 84 and 90, the thought of anything Saturn-related may leave you shaking in your boots. Most astrologers believe that your first Saturn return marks your entrance into adulthood. Saturn’s return to the same position it was in at the time of your birth tends to bring challenges that leave you feeling tried, tested and adjusted to align more closely with your soul’s purpose.

What Is The Meaning Of Saturn?

In general, Saturn always radiates a somber and sobering energy. Saturn is not all fun and games, because Saturn is a strict teacher that wants you to learn the true meaning of responsibility. However, think of a child who grows up without boundaries or constructive criticism—it often results in an an entitled and irresponsible adult. But just because Saturn has lessons to teach you doesn’t mean that learning them is easy. In fact, you may spend your life resisting Saturn’s influence altogether. But if you embrace Saturn, this planet will push you to be the strongest version of yourself, even if that means you have to deal with a little blood, sweat and tears.

If you take time to integrate the lessons Saturn is trying to teach you, it can be downright life-changing!

With that being said, when Saturn makes disharmonious aspects or stations retrograde, like it will be doing as of June 4, the days surrounding the shift often gives you pause. You are pushed to reflect on where you are in life and whether you’re on track to becoming your highest and most authentic self. This might happen as an internal push or from an external situation that forces you to take action.

As the days pass and Saturn continues to make its movements across the zodiac calendar, he will often give you the necessary tools to harness your unique gifts and accept your destiny. The trick to dealing with Saturn is not to get discouraged by its challenges, but to actually stop and listen to the message the planet of discipline is trying to send you. And if you take time to integrate the lessons Saturn is trying to teach you, it can be downright life-changing!

Biden falls off bike during ride in Delaware 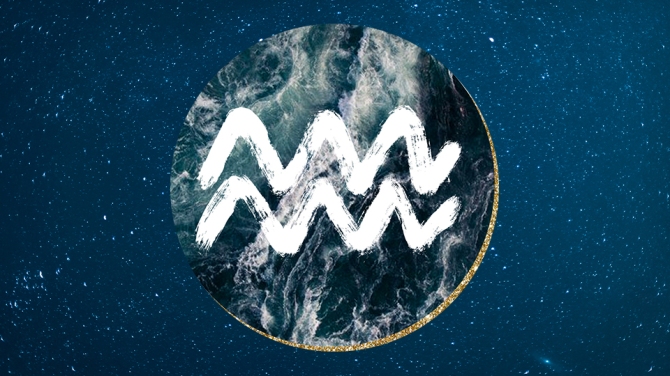 What Is Saturn Retrograde?

Speaking of life-changing, Saturn will station retrograde, and believe it or not, it won’t be so bad. Try not judge the situation just because you had a difficult Mercury retrograde experience. Outer planets like Saturn, Jupiter, Pluto, Neptune and Uranus actually spend about half of every single year in the midst of retrograde, which means this energy is something you’ve experienced many times over.

When one of these far-out beauties is trekking backwards, it gives you the chance to double down on a major life lesson. This is why it is super important to be mindful of what comes up for you on the day that Saturn stations retrograde! For Saturn, the lessons he loves to push generally surround personal responsibility, accountability, conquering fears and making your dreams tangible, practical and solid. If you embrace Saturn as a masterful teacher, you can start to see Saturn as an ally instead of a foe. After all, Saturn retrograde is all about speeding up the process of karma, so let the chips fall where they may.

Because Saturn will station retrograde at 25 degrees Aquarius on June 4, and eventually, station direct at 18 degrees Aquarius on October 23, this retrograde will center on your social circles, your philanthropic goals and your vision for the future. Take time to think about the mark you’re leaving on the world, because Aquarius is all about making the world a better place for all of its citizens. If you make a point of participating in a team effort during this retrograde, you’ll make Saturn feel *so* proud!

Young woman says she would get pregnant to abort the baby

The Case for Expanding the Legal Definition of “Refugee”