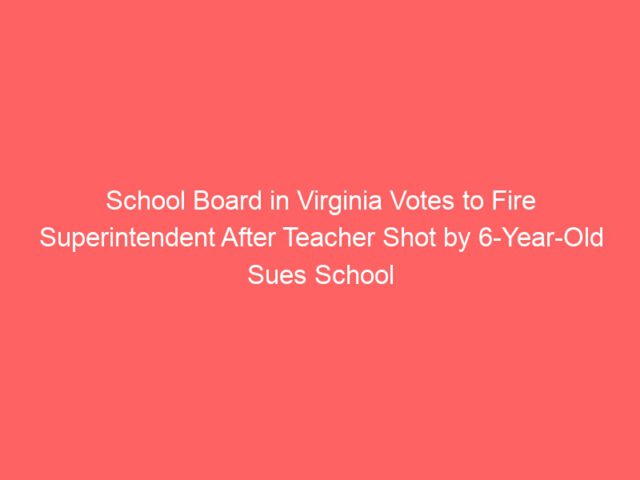 Virginia elementary school teacher, who was gunned down by a student in class earlier this month, is suing the school district.

Following the announcement of the lawsuit, the Newport News Public Schools school board on the same day voted 5–1 to fire its superintendent, Dr. George Parker III.

Abigail Zwerner is a teacher at Richneck Elementary school in Newport News, Virginia. On Jan. 7, a 6-year old student brought a gun into the classroom and fired at Zwerner, causing her to be critically injured. No students were injured.

Diane Toscano, an attorney for Zwerner, alleged that the school administration “could not be bothered” to respond despite being warned several times that the boy had a gun with him at school.

Glenn Beck: THIS IS what the protests of China really are about

“This should have never happened. It was preventable, and Abby is still alive. But had the school administrators acted in the interest of their teachers and their students, Abby would not have sustained a gunshot wound to the chest,” Toscano said at the Jan. 25 press conference announcing the lawsuit.

“On that day, over the course of a few hours, three different times—three times—school administration was warned by concerned teachers and employees that the…