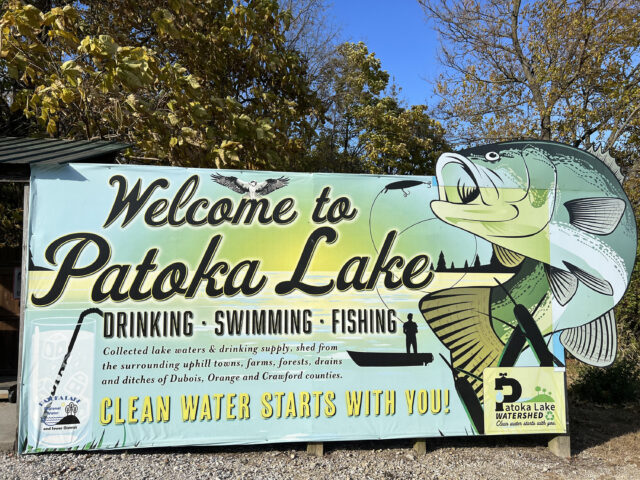 Standing at the northern edge of Patoka Lake in Indiana, I stare through a scrim o oaks at the sparkling blue-gray waters, whose hue is partially affected by a cloudy, cerulean sky. Unruffled by waves or wind, the lake’s transparent surface is almost a mirror. It stretches towards the far shore, where it rises to low hills, framed by a thick, leafy canopy made of maple, hickory and beech.

Todd and Julie Chrisley will be sentenced this week for fraud and tax evasion. Prison is looming

The lake, which is 8,800 acres in size and fed by numerous natural springs, is absolutely stunning. The shores of the lake are practically undeveloped except for two marinas. Although the lake was formed in 1979, its limestone and sandstone foundation was laid millions years ago. The Patoka River Valley was once home to bison herds that were looking for saltlicks. But today, the land is dominated now by turkey, whitetail deer and the wily coleman. The magnificent bald and osprey are the megastars of our skies, their wingspans measured in feet not inches.

5 inmates — together with ‘identified intercourse wrongdoer’ who identifies as a lady —...