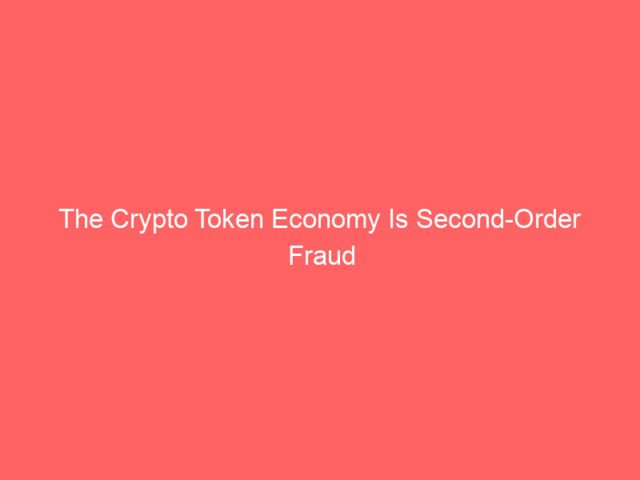 Industry insiders and uncritical media outlets often refer to the cryptocurrency meltdown as a liquidity crisis. It goes like this: A downturn in crypto markets may have been caused by negative trends in the wider economy. This led to a liquidity crisis which resulted in cascading industry bankruptcies.

According to this story, the troubles began in May, when Terra (UST), a stablecoin, began to de-peg against the dollar. Luna, its sister cryptocurrency, also crashed in value. Within a matter of days, the price of both cryptocurrencies dropped to almost nothing, wiping out $US45 trillion in market value. In the space of a week, cryptocurrency markets suffered a $US300 billion loss in value. This figure has since risen to $US2 trillion due to the continued slump in prices. The losses suffered by highly leveraged cryptocurrency investment companies were staggering. Three Arrows Capital was forced to liquidate in June after it couldn’t meet their margin calls. The crypto hedge fund had borrowed heavily to leverage crypto investments.

Crypto lenders also began to collapse as a result of so many loans falling into default. Three Arrows Capital owed $US3.5 billion to lenders at the time of liquidation with very little ability to repay. Voyager Digital was a major…

Podcast #201: Sahar Tartak on Fighting Back Against Coerced ‘Anti-Racist’ Indoctrination in American Education

Chicago Man Charged with Attacking Woman and Stealing Her Car

Horowitz: It’s past time to replace McConnell and McCarthy as leaders