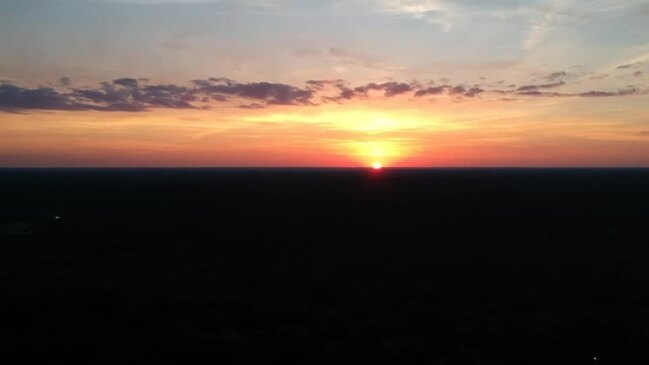 A Virginia resident captured a stunning video as the sun went down on the longest day of the year in the northern hemisphere on June 21. Footage posted to Twitter by Christopher Becke shows a spectacular view of the horizon. He said the footage was filmed in Williamsburg. Credit: Christopher Becke via Storyful

The West Gets a Wake Up Call