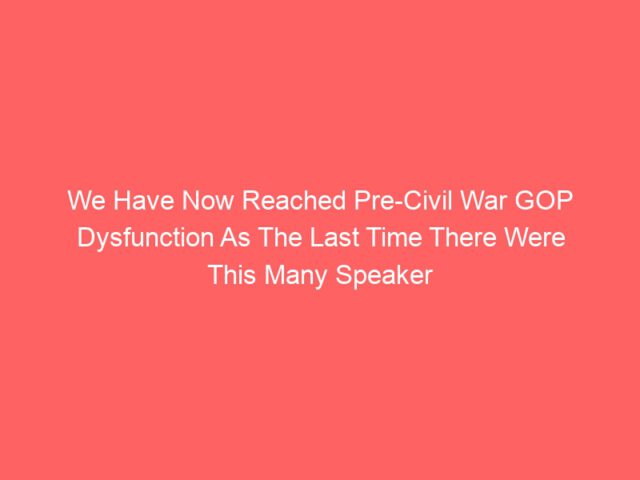 Republicans are so busy claiming that all is well. This is normal and should be celebrated!

Yes, this is the year in which Republicans want to take females. Maybe it’s an accident.

Lest we give McCarthy any ideas, please whisper this: Republican Representative Nathaniel Banks’ 1856 speakership election took 2 months and 133 tries. It was a “contentious” election, which as you must know by now, is a specialty within the far-Right of the Republicans in the House.

Meanwhile, Republicans are trying to blame Democrats as well as the media for their own failures. This is a fact that has been baked into the fabric of American politics.

“One of McCarthy’s hold-outs Rep. Dan Bishop just told reporters that our questions are building ‘the anxiety of the American people that something’s wrong. Instead, he said the lengthy process ‘ought to celebrated,’” Politico reporter Sarah Ferris wrote.

This dysfunction should be celebrated! What’s wrong with you, people? There are certainly national security concerns, but Rep. Byron Donalds…

Do you remember this touching story about the grandma who invited a stranger to...

Vincent Gillespie is convicted of his role in the Capitol Riot

Dictionary.com announces that the word of 2022 will be ‘woman’