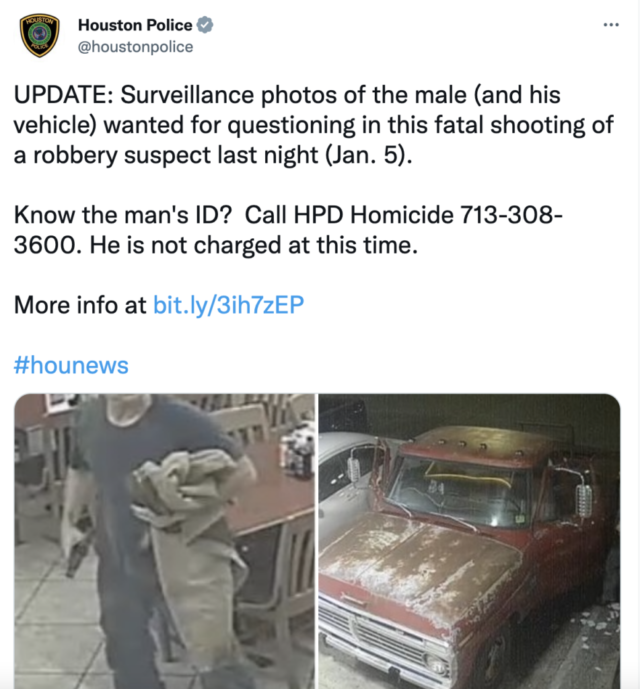 Cities have failed for years to combat violent crime. The citizens are fed up and are taking steps to combat rising violent crime. Houston witnessed this weekend as a customer at a taco shop shot and killed an armed criminal.

The late-night robbery is captured on video. An armed man wearing a black ski mask demands wallets from diners. A male customer can be seen reaching out for his concealed handgun as the robber rounds the tables. nine times into the criminal’s back. He made sure that the robber was disarmed. Later, it was reported that the criminal was an airsoft gun, the customer returned the other patrons’ stolen goods.

Before law enforcement could question him, the mysterious vigilante vanished from the taco shop.

Texas law permits the use of deadly force against anyone who is committing, or trying to commit, robbery and aggravated theft, attempted murder, and other crimes. The unnamed customer’s identity will not be revealed. charged with a crime for stopping one, however — something Twitter users hotly debated over the weekend — remains to be seen.

This shooting, regardless of legality, is what happens when cities don’t crack down on crime.

Houston, as many other urban, Democrat controlled hubs, is governed by soft on crime…

A Report from the Stanford Academic Freedom Conference