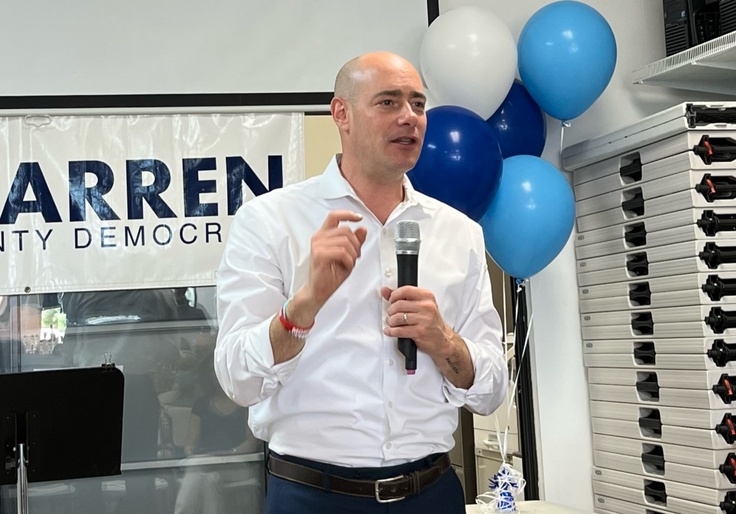 Can someone who lives on almost $400,000 per annum relate to Americans struggling to make ends meet amid rising inflation? Greg Landsman, a Ohio Democrat seems to believe so.

During a debate earlier this month, Landsman, who is running in Ohio’s first district against Republican Rep. Steve Chabot, said the rising prices of gas and groceries has “been very frustrating” for him and his wife. But Landsman’s household income, according to finance documents reviewed by the Washington Free BeaconThe total cost of the project was more than $380,000

Landsman’s remarks were reminiscent of Michigan Democrat Hillary Scholten, who released an ad last month alleging that rising consumer prices mean she can no longer afford new shoes for her children. Scholten was an immigration lawyer who earned $200,000 last fiscal year.

The bulk of Landsman’s family income comes from his wife, who makes $275,000 as an executive at a retail data company. Landsman made more than $100,000 himself from his salary as a Cincinnati City Council member, his personal company, and his nonprofit.

Twitter was shocked by the multiple US flags that fell at Fetterman rally.

CONFIRMED: Football Is the Biggest Risk to Freedom and Democracy